How can we nowadays conceptualize research on historical and present-day Poland? Inspired by recent developments in area studies, we understand Poland as a region that repeatedly constitutes itself anew, depending on historical, cultural, or political conditions. Thus, Poland can be understood as part of medieval Western Christianity, or as the early modern Polish-Lithuanian Commonwealth with its numerous ethnic groups, languages, and religious denominations. It can also be part of expanding empires, be found in the global diaspora, or currently as a member of the European Union.

The question as to what, when, and where Poland and all things Polish have been in the past and are today is closely connected with these multiple options of affiliation. It is our aim to transgress national paradigms and to think of Poland in the plural - in ethnic, religious, linguistic, social, and legal terms. The series strives to integrate methodological approaches and modes of thinking from a variety of disciplines in order to explore what exactly determines Polish society and culture(s) in each case. Special attention is paid to shifts in political rule, the redrawing of borders, and periods of migration. The reflection on, and integration of, alternative narrative categories such as class, gender, religion, and nation is also of importance to this end.

As a result of these considerations, the series geographically transcends the current territory of Poland - without any revisionist intentions. Thus, the contributions of the series are also devoted to those countries and people that are historically and presently closely connected with Poland and have developed their own research perspectives. We therefore aim at an international academic exchange and a multi-perspective investigation of Poland in its European and international entanglements.

To maintain a high standard, all texts are being peer-reviewed. An international and interdisciplinary editorial board will be established soon.

How can one narrate history after postmodernity?

History is a construction - history needs to be told. Criticism of master narratives and the deconstruction of universal interpretations has evolved into a historigraphical standard, yet, the question on how to narrate and transmit history remains. The authors of this volume deconstruct narratives, but still face the challenge of narrating history. By the means of shirt essays, they turn to the chances of depicting history, by adressing selected controversies and various miniatures.
These essays deal wih the following questions: How does one construct space, time, and epochs - and how is it possible to reevaluate them? How do memories influence historical depictions, and how can they be historized? By which means are historical events experienced, how can history be visualized? Which alternatives are possible to counter dominant historical narratives? How can scientific practice and the creation of historical knowledge be reconsidered?

Aleksander Brückner (1856-1939) was a polyglot scholar from Habsburg Galicia. Ignoring traditional disciplinary boundaries he created a multifaceted oeuvre including linguistics, literary studies, cultural history as well as ethnology. Brückner's thought unfolded in various political and cultural contexts, namely in hubs of European academic life such as Lviv, Vienna, Leipzig or Berlin. How to explore his life in different cultures of knowledge, in imperial as well as national contexts from today's perspective? What could come out of a revision of his writings? How can we relate to his ideas in an endeavour to promote interdisciplinary research on Poland?

The authors of the volume delve into the multifaceted personality of Aleksander Brückner, taking up one of his core issues - the reflection on Polishness. From historical, linguistic, literary and ethnological perspectives, they discuss the issue how Poland and things Polish are conceptualized in past and present. 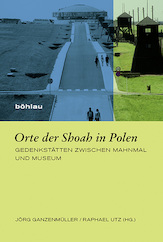 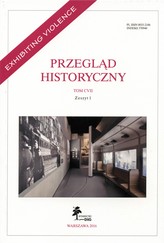