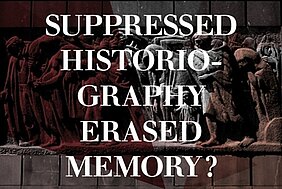 Historical research of Shoah perception during socialist rule in East Central Europe still focuses mainly on the politics of history (Geschichtspolitik) of the socialist states. From this angle it appears either marginalized or politically exploited by the socialist governments. Other individuals or groups involved in shaping its perception - Jewish Communities, historians, museums, and artists - are often ignored. The aim of this workshp is to overcome this one dimensional approach and to understand Shoah perception as a dynamic process within shifting boundaries of political and social restrictions. This includes the agency of individuals and social groups in forming the historiography and memory of the Shoah. In addition the workshop aims to stimulate comparative and transnational approaches on the issue, which are so far lacking.

The workshop was made possible thanks to the generous support of

Programme of the workshop