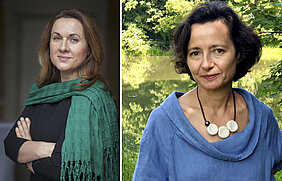 The course was an intensive seminar conducted over the span of one month (4 weekends) with four 1.5 hour session each weekend. The first and last sessions were co-taught by both instructors, while the second and third week classes were taught singly by E. Korolczuk (on populism) and A. Graff (on US Culture Wars). The discussions were always intense, the students admirably prepared. Based on the two instructor’s research, the course examined ongoing controversies around “gender ideology”, feminism and LGBTQ rights in Europe and the US. As co-teachers we employed an interdisciplinary and intersectional approach. We explored the nature of populism, the complexity of the anti-gender movement, and the social and cultural dimensions of the new culture wars.

The core question of the class was this: how to  link the different dimensions of the phenomena at hand? How best to conceptualize the relation between (anti)gender and populism? The aim was to avoid the two common reductionisms: cultural and economic. The readings examined and the videos watched helped us navigate this terrain.  We discussed the big issues that link gender to politics: reproductive rights, the role of religion in modern democracy, the so called masculinity crisis, LGBTQ rights and conservative responses to changes in the realm of gender etc.

During class, students exchanged views on the readings but they also contributed by examining primary sources (anti-gender speeches, interviews etc.) while working in groups. Many of the participants brought insights from their own related research and their experience as activists and citizens engaged in political debates. Hence, much of the discussion ended up relating the material to ongoing German public debates, campus controversies etc.

While class discussion was always lively, there were also intense exchanges on the e-learning platform, with class members posting their responses to readings and class discussions. Here is a small sample of what the participants had to say:

"I find the most interesting and relevant to the present tense the concept of ‘Hobbesian’ world by Zygmunt Bauman argued in his book Retrotopia (2017). One would think that we are increasingly "moving forward" and would welcome any evolutionary step that would express itself in a more open, enlightened and liberal society. That women in particular welcome this ever-advancing emancipation because they are no longer forced into a role and everything is open to them - mother, housewife, career woman, manager, employee. But it is precisely this agony of choice and these freedoms that could cause a backlash, with women wanting to go back to the "familiar and safe" conservative role. And then one can ask oneself the question, isn't it normal that a development characterized by so much individualism and freedom goes backwards in steps? Like we idealize the past, because we know it, the future is much scarier. That this development is not linear either and that we also have to deal with these challenges. Not only the threat of anti-gender politics, but also xenophobic, anti-democratic movements and such things like fake news."

"In my opinion, the interview with Kuby demonstrates perfectly how closely intermingled (right-wing) populism and anti-gender ideology are, as Kuby defends her opinions by using populist rhetorics which in some instances mirror those of conspiracy theorists/cultists, even though she denies the affiliation.  What worries is the fact that she never states sources for her statements, which state facts or generalizations/ refer to studies, and further, the way she responds to criticism (even when given very indirectly) is not really weakening the counter-arguments put forward.  The unscientific / illogical (philosophical) way of arguing is difficult to counter in a rational way. This is exactly the worry:  how to face and respond to such movements in a constructive, scientific, rational, logical way?"

"I thought again about Villas point about a strong tendency in GER that mothers rather stay at home to raise their children, since I intuitively disagreed with her. This might be because of my personal family background where both my grandmothers went to work after maternity leave but they where partly quite proud about it, because it didn't seem to be the norm in West-Germany in the 1960s and 1970s. Their model was certainly met with disapproval: Children whose mothers went to work were called "Schlüsselkinder" because they had to carry a key with them and pitied. My grandmother was openly told at a job interview for a teacher position that she shouldn't abandon her 3 children and become a teacher. Of course, this was some time ago. Still, I think, that the debate in Germany around when mothers should start working again after having given birth echoes exactly this thinking (and that probably too a larger extent than I imagined at first)."

"I feel a lot of arguments and discussions I had in the recent years - which featured some of the key words we managed to name from the Kuby-interview for example - and which very often led to great confusion on my side, have become a lot clearer. In that sense I might not have shared the great surprise about many of these obscurant arguments as I had come across a lot of them already - and people who strongly believe in them -, but our discussion also kept me busy going through some of these talks I had in my mind simultaneously and made me understand my conversation partners and often opponents a lot better. And yet that doesn't take away the craziness of a lot of Anti-Gender-argumentations. On the contrary."

"Reading through all the texts I noticed that the frame of colonizing the whole world and people's mind with the "gender-ideology" is regularly present in anti-gender movements and campaigns. I find it very interesting that this term comes up again and again and is apparently not seen as a paradox by (Christian, fundamentalist) supporters of these movements. As on one hand, colonialism was originally legitimized, among other things, by a global Christian missionization of societies outside Europe. In the "humanitarian" mantle, as an act of "civilization". On the other hand, the construction of binary sex and gender was in many cases imposed on other societies through colonialism and missionary work, as the paper "Heterosexualism and the Colonial / Modern Gender" from María Lugones outlines."

"In the video where Kuby is interviewed, I found it striking how the Nazi Regime, the Holocaust and the Second World War are relativized and used by the two speakers to imaginate and draw a picture of fear. In one of her first sentences, Kuby mentions Edith Stein, murdered in Auschwitz. By doing this, they put themselves in a line with the (heterogenous) resistance against the Nazis, meaning that they themselves are as « brave » as people who fought against Nazi Germany by publishing books and being critizied for that. This Anti-Nazism frame could also be added to the analyse of the use and abuse of the anti-colonial frame by Graff and Korolczuk (Chapter 4): the discourse, here exemplary represented by Kuby and her interviewer, equates gender egalitarianism and their representatives to the Nationalsocialists. The use and abuse of female resistance fighters and activists or victims of the Shoa ( for example Sophie Scholl, Anne Frank or, like mentioned above, Edith Stein) in right wing rhetoric is also remarkable and deserves a closer look when analysing right-wing gendered rhetoric."

"I came into this seminar thinking about how gender is presented in populist movements, but right now I am in shock how you can link everything (even gender) into populism and how it creates a distinctive narrative (now especially towards gender). This transformation of social, cultural and even political life is controversial in its own way, but has so many facets to it, I wouldn't have in mind in the first place. So far, this seminar has shown me that gender debates are more common than you think and that you can link it to many different aspects of life - may it be politics, social concerns, legislative exegesis or intersections of all this aspects, etc."

As is evident from this small sample of written remarks, several key themes kept returning during our discussions. One was the sheer power of populist rhetoric, the way it affects people. Another big issue was the complex relationship between neoliberalism and feminism, and the difference between this dynamic depending on context (especially within Germany itself). We talked quite a bit about the role of discourses around 1968 in Germany, and the role of German East-West division and unification in debates on gender. Another topic that kept coming back, as it evidently intrigued students, is the role of women in far-right groups and movements and the power of maternalism as a conservative ideology.

Finally, students were eager to think in intersectional ways: to draw links between race and gender, to discuss the complex role of class in these conflicts, to talk about the power of the anti-colonial frame an discuss how the movements in question exploit Islamophobic frames.