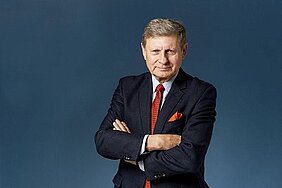 Leszek Balcerowicz is economist, he was Poland's deputy Minister and Finance Minister in the Government of Tadeusz Mazowiecki (1989-1991), chairman of the National Bank of Poland (2001-2007) and professor of economics at the Warsaw School of Economics. He is the author of so-called Balcerowicz Plan that implemented a series of reforms in Poland (starting from 1990), transforming Poland from a state-directed economy to the free-market economy. The plan and its social outgrowths are being discussed controversially in Poland until today.

Registration until October, 16 at aleksander-brueckner-zentrum@uni-halle.de